Get fresh music recommendations delivered to your inbox every Friday.
We've updated our Terms of Use. You can review the changes here.

Along For The Ride 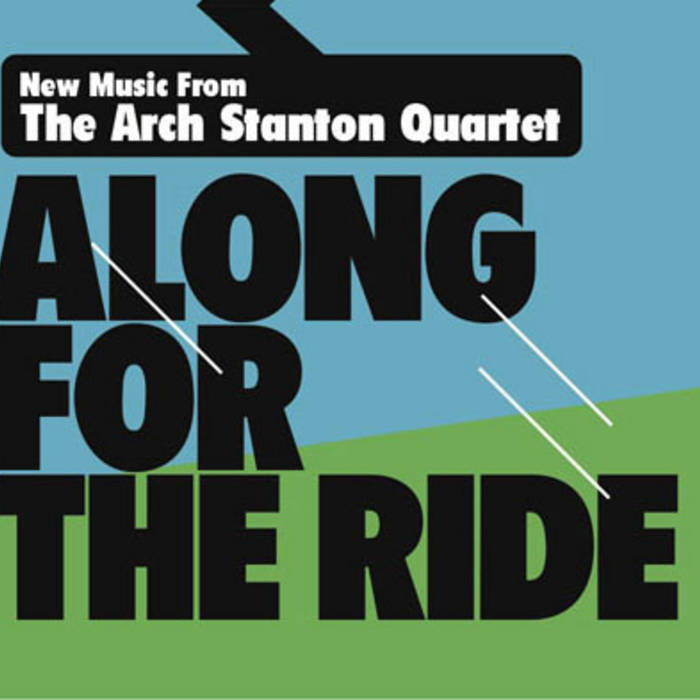 "Along For The Ride" is a debut album from the Arch Stanton Quartet. The compositions span swinging post-bop, funk, Latin grooves, jazz shuffles and free-form experimentation. The album closes with a duet performance of Bruno Martino and Bruno Brighetti's "Estate." The Arch Stanton Quartet is Terry Gordon on trumpet, Roger Noyes on guitar, Chris Macchia on bass and Steven Partyka on drums.

SPECIAL BONUS: Order "Along For The Ride" now and get the band's "Live at the Cairo International Jazz Festival" as a FREE extra.

"With one foot in the timeless traditions of bop, and the other about to set down on something new, the Arch Stanton Quartet is as mysterious as its name, with killer players that aren't afraid to go out on a limb, right to the very end."

-Dave Malachowski, review of "Along For The Ride" for the Daily Freeman of Kingston

"You don't have to re-invent the wheel to do something distinctive in jazz. Instead of emulating Ornette Coleman and blowing the model to smithereens, you can follow Thelonious Monk's example of adding one variable that separates your work from everybody else's. The Arch Stanton Quartet has a pretty stock instrumental format, and they play pretty standard forms of jazz. But it's not what they do that makes Along for the Ride a great debut recording — it's how they do it!"

-J Hunter, review of "Along For The Ride" for nippertown.com

The Arch Stanton Quartet, based in upstate New York, is putting a new spin on bop and post-bop jazz, with angular funk and latin grooves, expansive improvisation and inventive original tunes. Their acclaimed debut album Along For The Ride is now available on WEPA Records. The band was recently voted "Best Local Jazz Band" in the 2013 Metroland reader's poll. ... more

Bandcamp Daily  your guide to the world of Bandcamp

Guests John Beltran and Kim Myhr walk us through their magical musical adventures.